If you've ever been on a camping trip or been lost without a GPS to guide you, you may have had to rely on a compass. Compasses can be a very useful tool, whether you're out in the wilderness or just trying to figure out your orientation anywhere. But you might wonder, how does a compass work?

Quick Navigation
How Does a Compass Work?
Parts of a compass
The Earth as a magnet
A brief history of the compass
How compasses can be inaccurate
Types of compasses
Uses for a Compass
Just Head Towards True North

How Does A Compass Work? 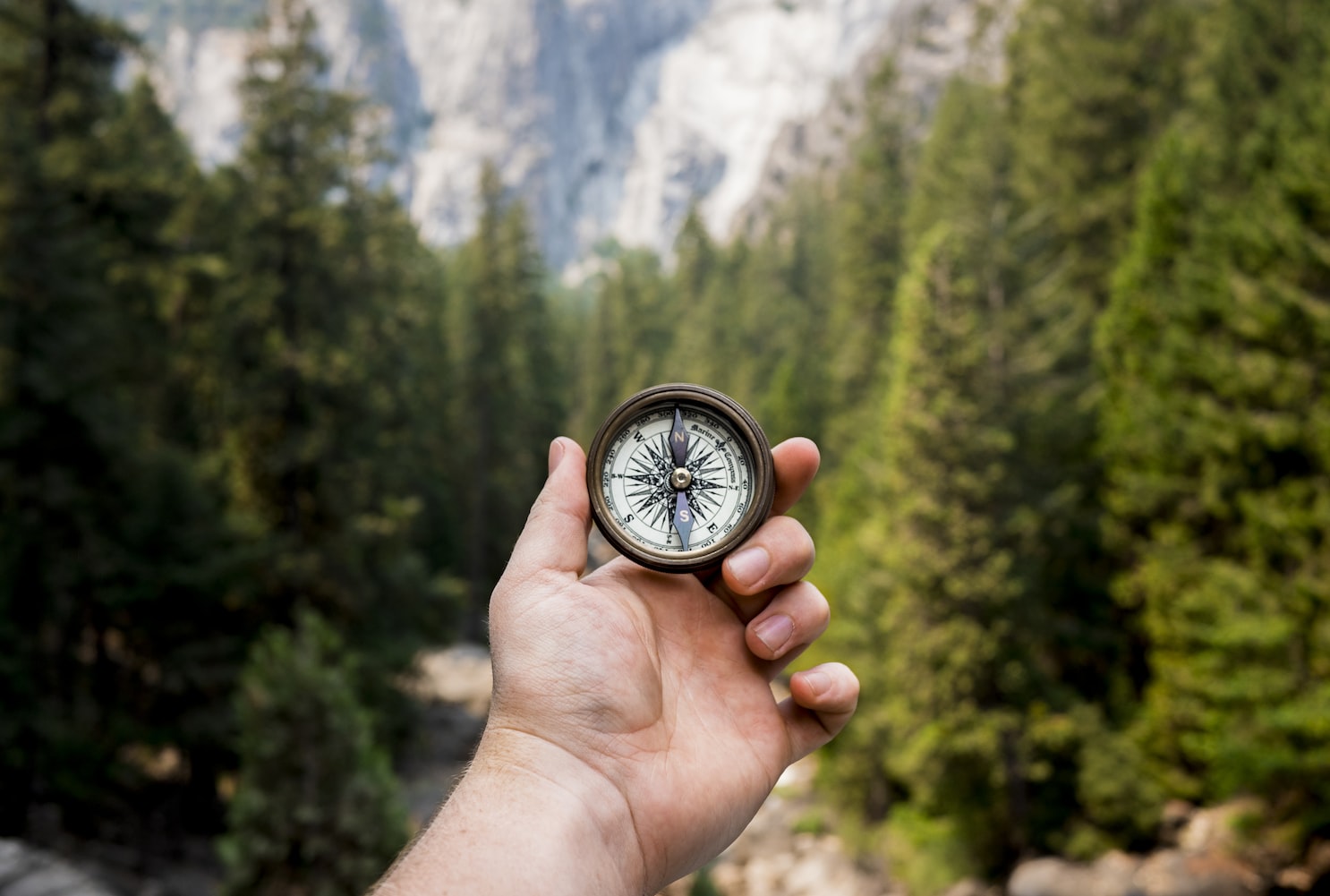 If you've ever used a compass, you might be curious to know, how does a compass work? The answer is both simple and complex at the same time.

In order to have a really strong and throw understanding of how a compass works, you'd need to study the principles of magnetism. However, most people don't really have the time or energy to take a physics course. So we'll give you a simpler answer to the question, "How does a compass work?"

Basically, a compass works using a tiny magnet. The tiny needle inside a compass is a small magnet.

Every magnet has two poles -- a north pole and a south pole. As you probably already know, the north pole of one magnet will be attracted to the south pole of another.

Our planet is actually a magnet as well, and it can interact with other magnets the same way you've probably seen two bar magnets interact.

So how does a compass work, exactly? Well, since the Earth and the needle within a compass are both magnets, the needle aligns with the magnetic field of the Earth.

The magnetic North Pole attracts the north end of a compass needle (which would actually technically make it the South Pole of the planet's magnetic field, despite the name).

Parts Of A Compass 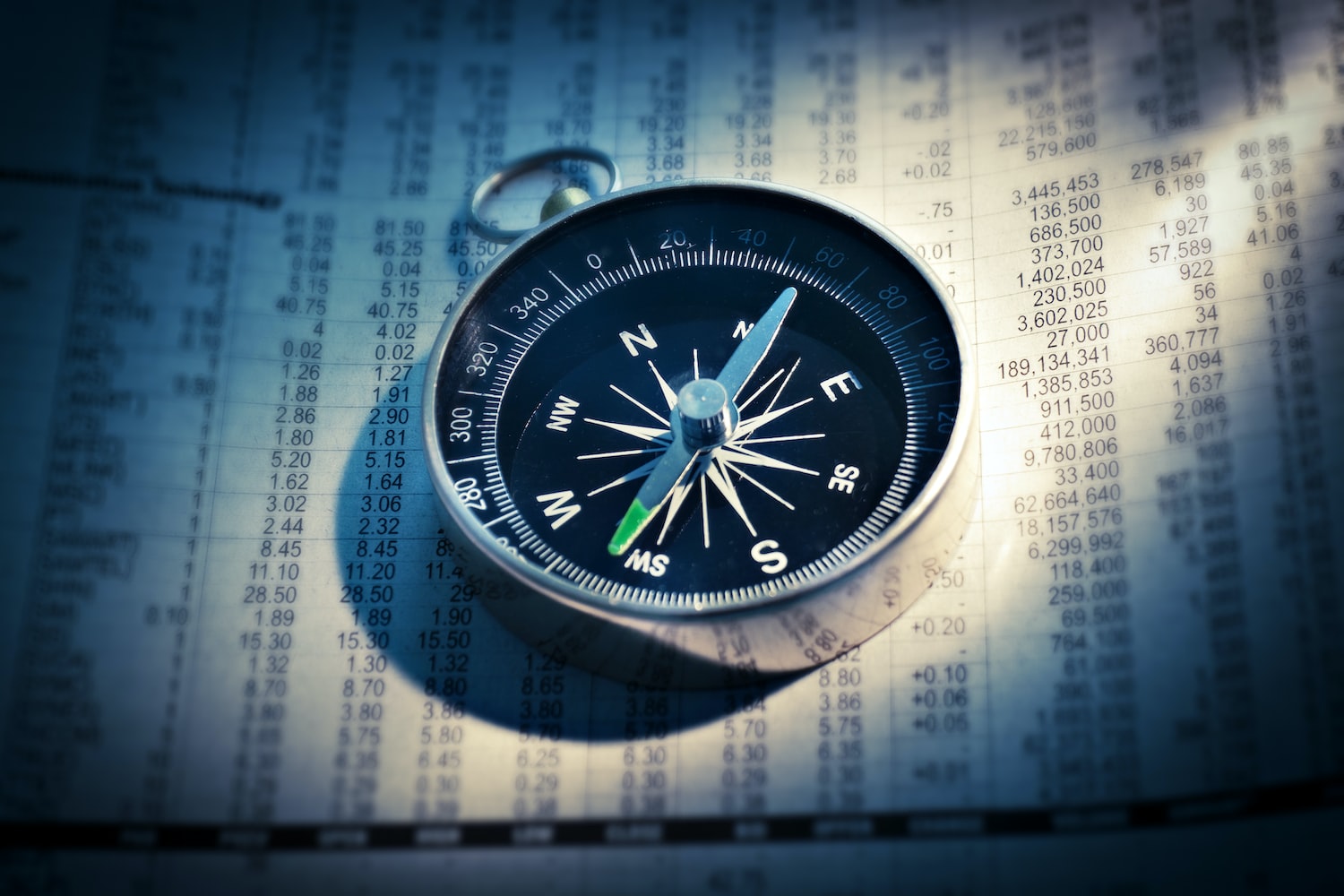 You should be familiar with the parts of a compass in order to truly understand the answer to the question, "How does a compass work?"

The base plate of a compass is the flat surface upon which the device is mounted. It allows the compass to stay level, which helps you get a more accurate reading.

The compass housing is a bubble within the device that holds the compass needle and surrounding liquid, typically alcohol; the liquid makes it possible for the needle to freely rotate.

The compass needle is a piece of metal that functions as a small magnet. Typically, one end has red paint to mark North. That's is what gives the compass its entire function, rotating through the liquid with basically no friction.

The bezel is a rotating ring around the compass capsule. It's marked with degrees, up to 360, which indicates an entire circle. It also gives you all the directions, such as north, south, east, and west.

Additionally, there's a direction of travel arrow that's indicated on the base plate and is supposed to always point towards your destination.

The Earth As A magnet 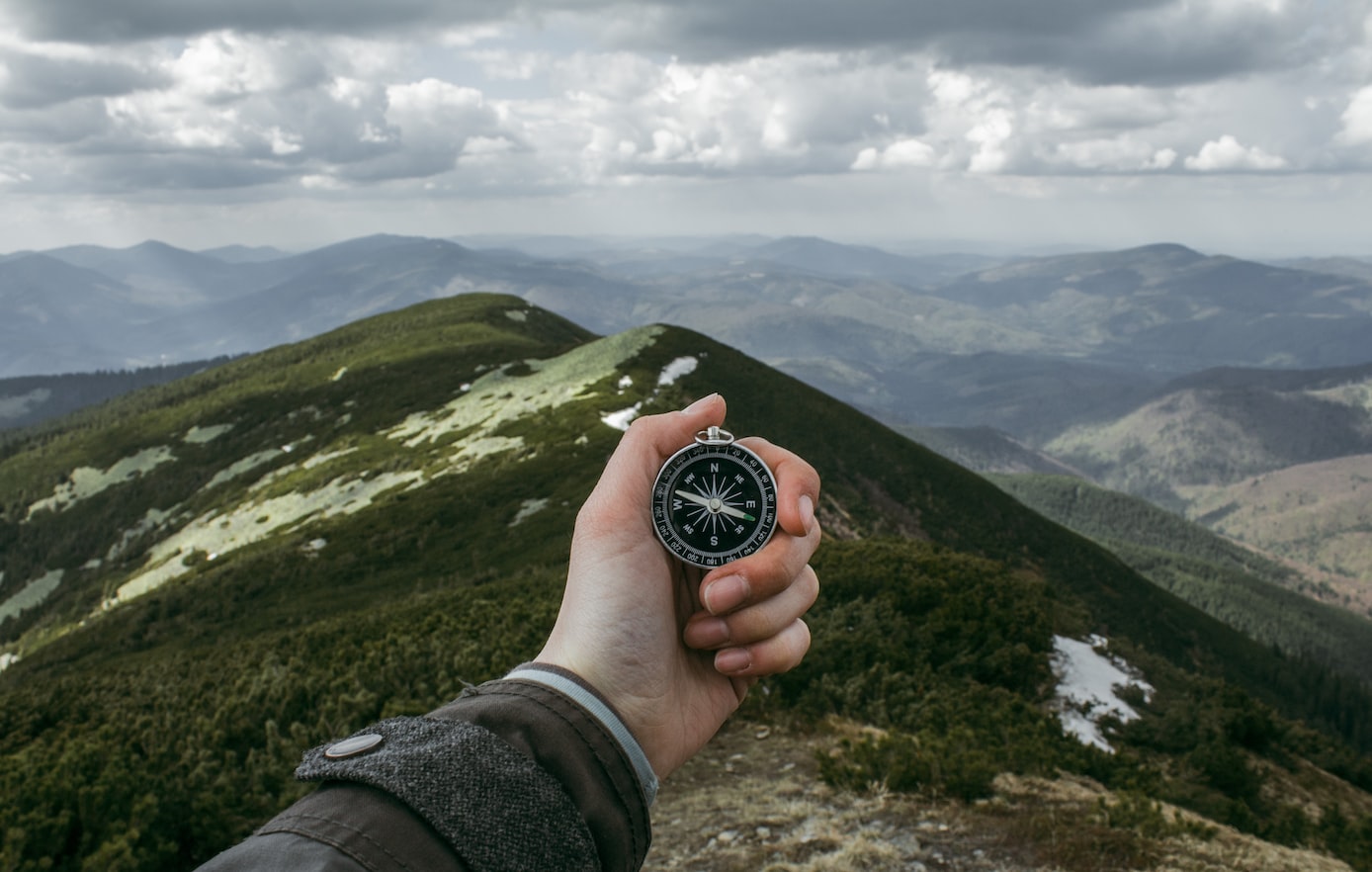 You can actually think of the planet Earth as a body that has a gigantic bar magnet inside. However, the polarity is reversed. The south pole of this magnet is at the geographic North Pole, and vice versa.

How a compass works with the Earth

That's why it's important that your compass has a frictionless bearing and that the needle is very lightweight; otherwise, the magnetic field of the Earth wouldn't be strong enough to turn it.

And there is no large bar magnet within the core of the Earth in reality. In fact, no one really knows for sure how the Earth's magnetic field is generated. However, scientists do have a working theory on the matter.

Where does the Earth's magnetic field come from?

Scientists believe that the core of the Earth consists of a great deal of molten iron, which at the very center crystallizes into a solid because of the huge amount of pressure in that location.

So, the needle of a compass responds to this weak magnetic field, in order to tell you where you're going. It's a crucial part of the answer to the question, "How does a compass work?"

A Brief History Of The Compass 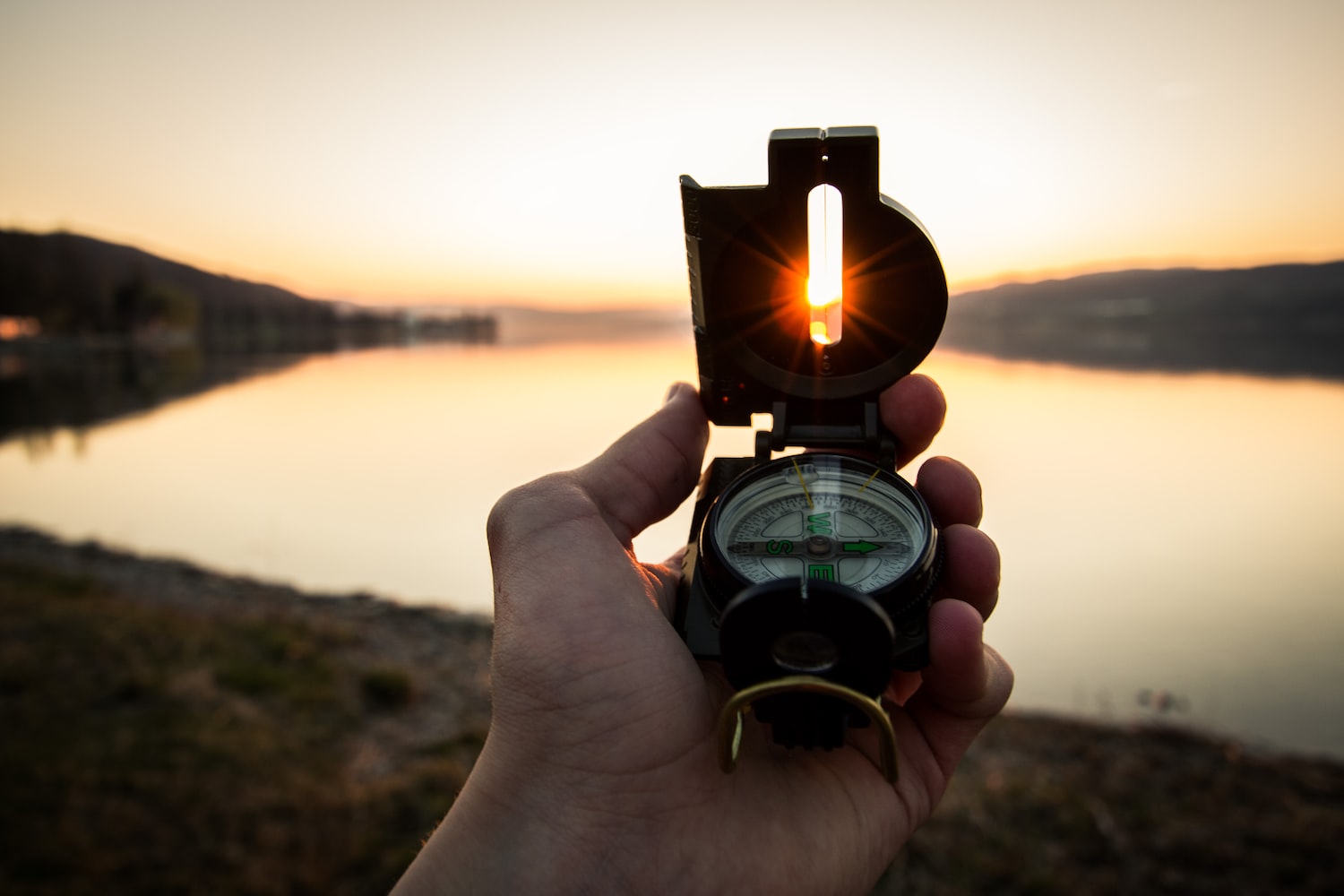 You might want to know a little bit about the history of a compass, in addition to the answer to the question, "How does a compass work?" Compasses have been around for a very long time.

Compasses were actually a huge breakthrough in navigation. Before them, early explorers had to use the stars and local landmarks alone for navigation.

Ever since human beings started to really understand the concept of navigation, they've been using compasses for all sorts of different journeys. These include the circumnavigation of the globe and the first transoceanic voyages.

Compasses became common in the West in the 14th century. These days, people know this era as the Age of Exploration. During that time, major European powers were exploring the west, including North and South America.

The compass actually played a pivotal role in the Age of Exploration and was part of what brought it about. Even today, modern navigation still relies on compass technology somewhat.

How Compasses Can Be Inaccurate 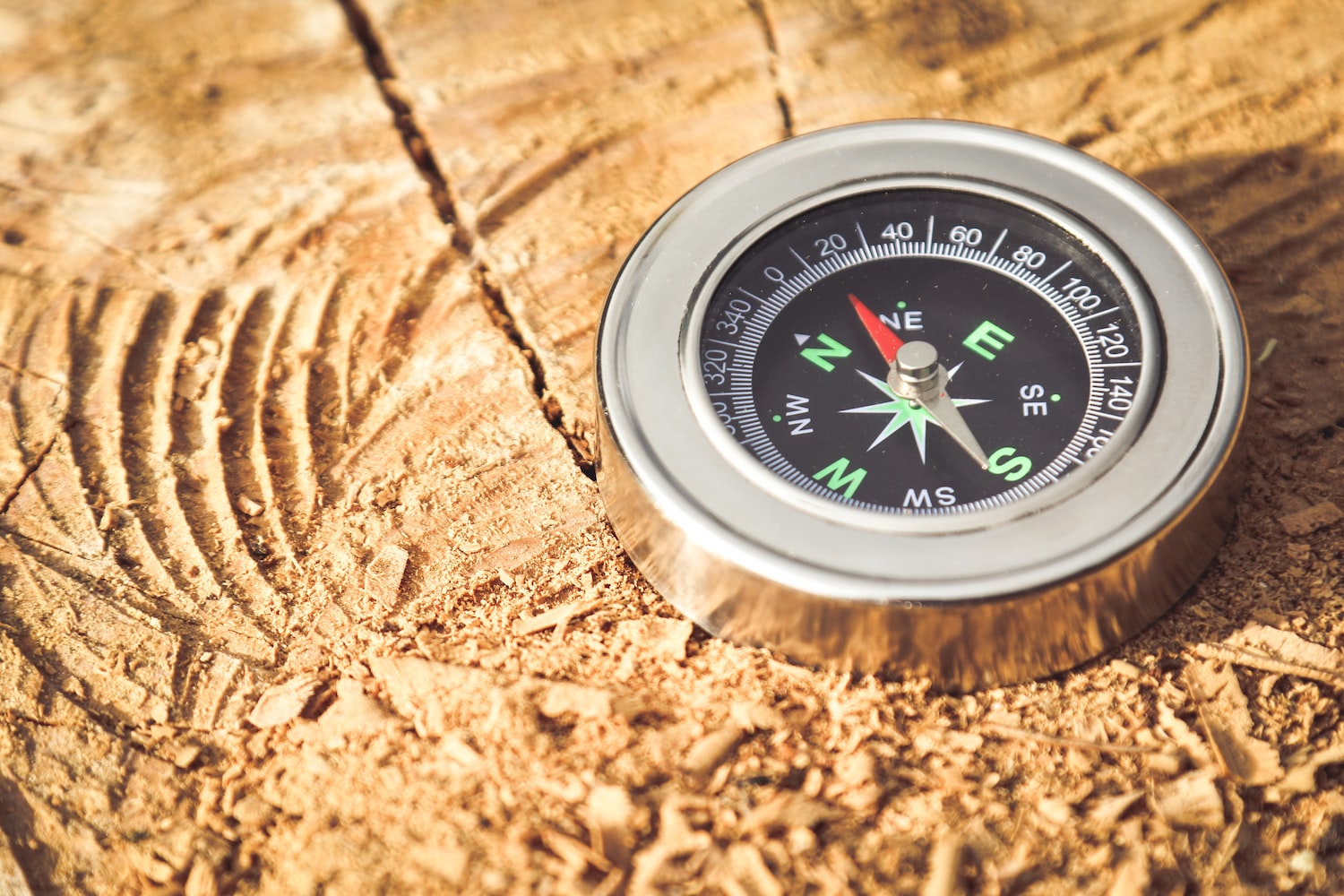 Compasses can be extremely helpful. However, they aren't always accurate. You should understand why they aren't accurate if you want to truly understand the answer to the question, "How does a compass work?"

There are two different issues that lead to the inaccuracy of a compass. These would be declination, also known as variation, and deviation.

This issue doesn't really have to do with the compass itself as much as it has to do with the magnetic field of the Earth. The Earth spins about an axis that runs from the North Pole to the South Pole.

In fact, the magnetic north pole is several hundred miles or kilometers away from the true North Pole on a globe. So, when your compass points north, it doesn't point precisely to the North Pole.

In practice, however, since the difference is basically negligible, you can just pretend that the compass is leading you in the right direction, especially for very short distances.

If you're on foot or in a car, declination doesn't matter that much. You're probably going a fairly short distance, and you generally have other things to guide you, like roads. However, if you're on board a ship, precise navigation becomes much more important.

That's why a ship's compass is much more sophisticated than the typical compass.

Manufacturers create compasses to respond to the magnetic field within the earth. However, there are a lot of other things going on that can generate a magnetic field even closer to your compass. These can throw the reading out of whack somewhat.

Being within an iron ship or a car can actually make a difference because of all the metal involved.

It can also make a difference if you're around fluctuating electric currents, there's a magnet somewhere close, or you're around a particularly magnetic area of the Earth's crust. 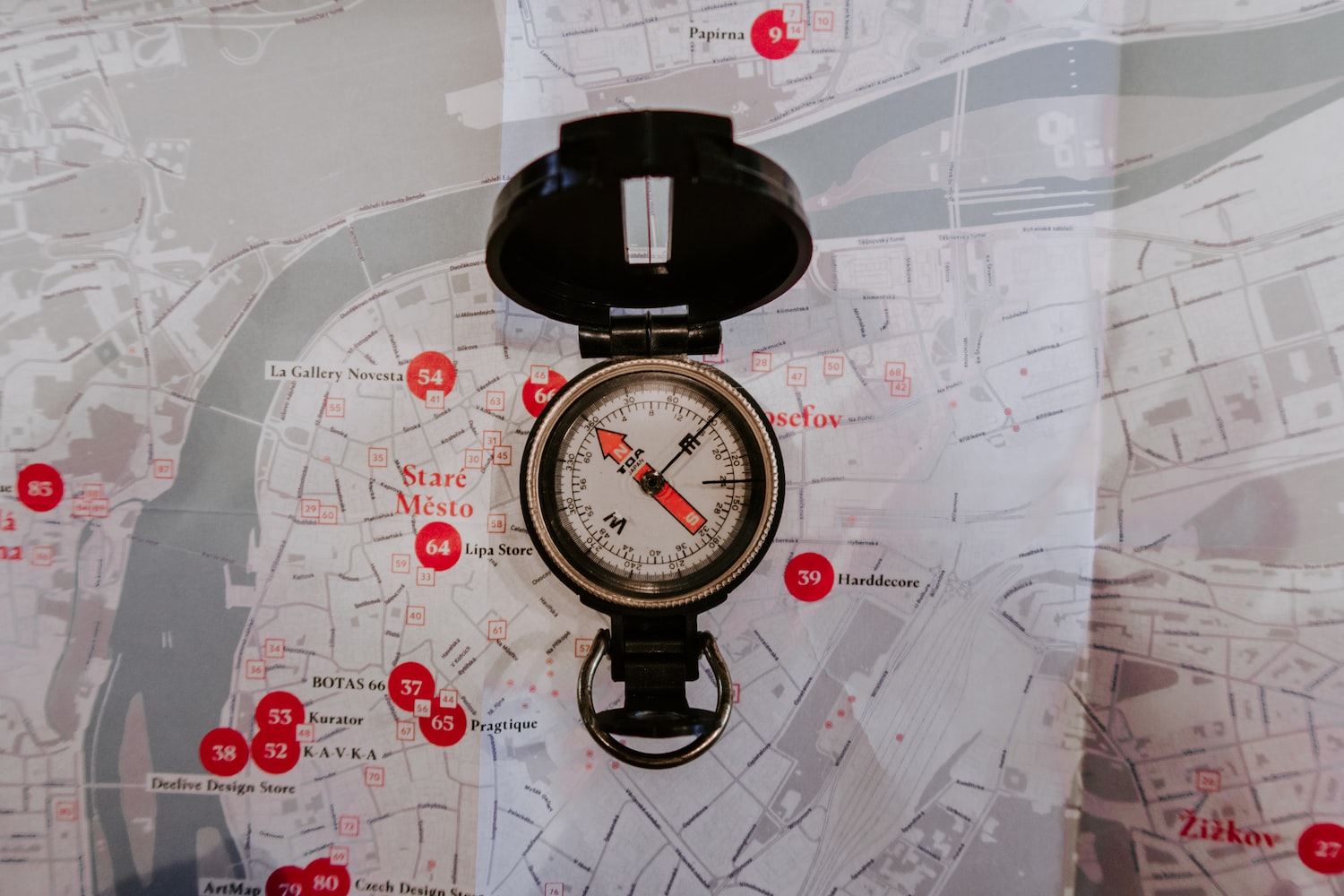 There are different types of compasses that people use. They meet different sets of navigational needs.

As we've described, a magnetic compass can run into different problems on ships. On ships, very precise navigation is important in order to avoid getting lost. Also, there are large land vehicles and airplanes that make navigation more difficult.

Gyrocompasses are better when it comes to dealing with the dynamic environment on a ship or a plane, and you can also set them to indicate true north rather than magnetic north.

They use these to determine the position of true north and are a good alternative in areas where magnetic compasses and gyrocompasses aren't reliable, such as polar regions.

Uses For A Compass 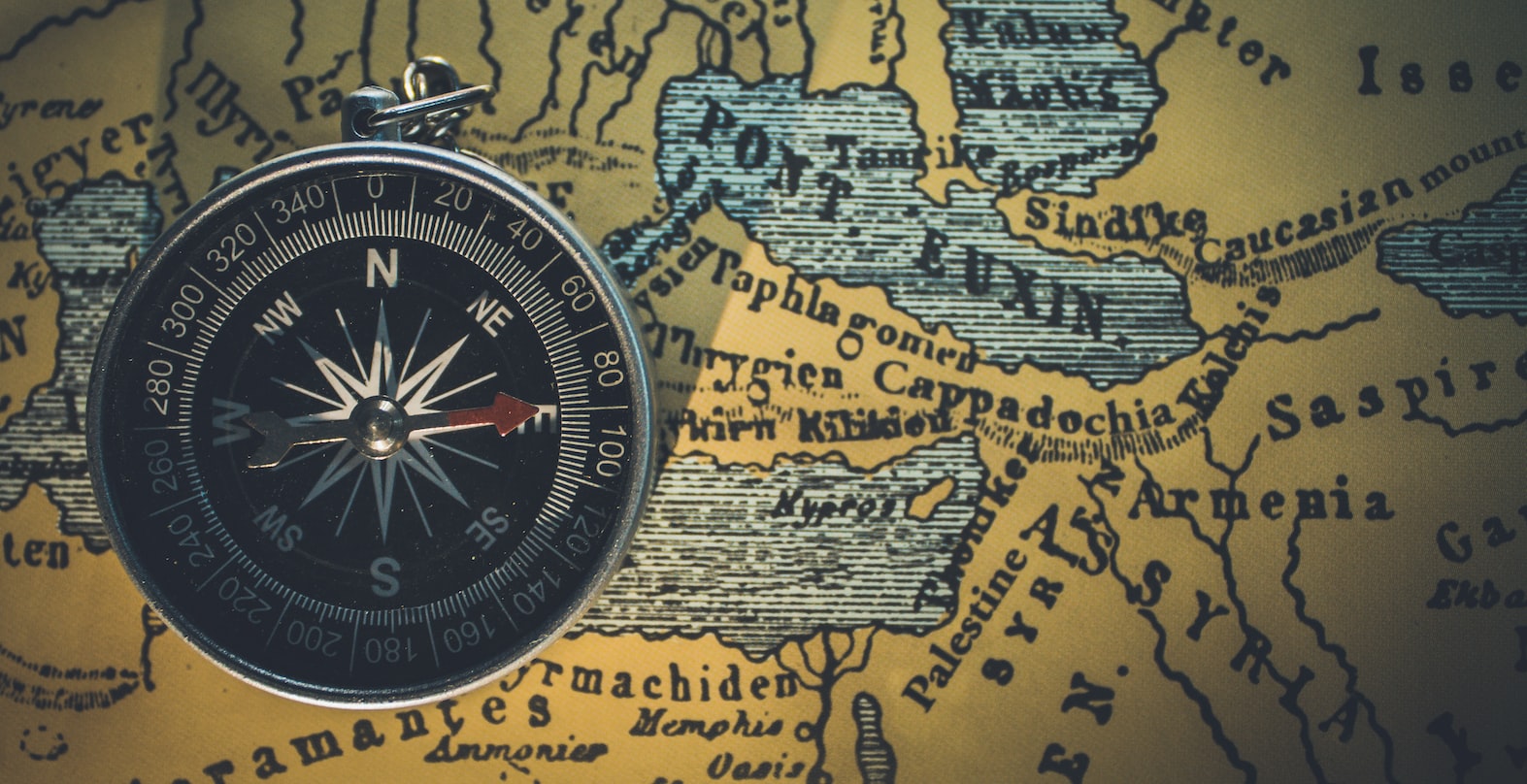 Compasses are useful for more than just navigation. Of course, they are very useful for different types of navigation. Whether you're in a car, on foot, or even in a ship or airplane, a compass can be of incredible importance in making sure you're going in the right direction.

However, there are other uses for compasses as well. People use them in construction and building to mark borders and landmarks. They also use them to measure vertical and horizontal lines on maps.

Compasses are indispensable within the United States military in order to come up with different plans and strategies of action. Miners also use compasses in order to help them with underground navigational needs.

If you've used a compass before, it can be easy to wonder, "How does a compass work?" After all, it's such a helpful device. Many people might just use it and take it for granted.

However, there's some hardcore science that is behind the operation of a compass. It involves the principles of magnetism, along with knowing how the magnetic field works within the earth.

The science behind a compass, as well as what it's been able to do for people throughout time in navigation, is really quite fascinating.

So how does a compass work? The simple answer is that it houses a tiny magnet that responds to the magnetic field within our planet. Of course, there is more to it than just this, as a compass is a wonderful little device that can really make your life a lot easier and prevent you from getting lost!

What do you think of our answer to the question, "How does a compass work?" Let us know by leaving a comment!